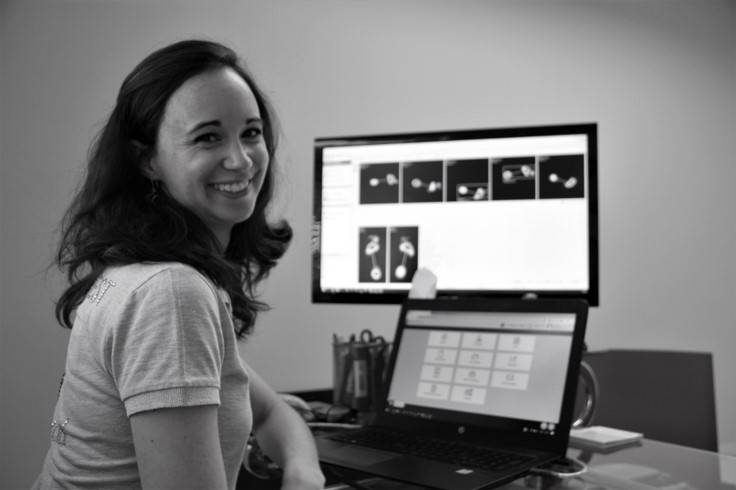 Everyone asks why I chose to become a Podiatrist and work with people’s feet all day… well, Podiatry is not my first career!

As a child I had knee pain and a physiotherapist sent me off to a Podiatrist to have a look at my flat feet which were causing all the nonsense! I had a full assessment and received custom insoles for my school and dance shoes, and my knees never bothered me again. I also remember having a nasty little corn on the tip of one of my toes, which my Podiatrist resolved painlessly.

But… my childhood was full of dancing and performing and after school, I went on to study and graduate in Musical Theatre (Cum Laude). That career left me mostly unemployed for the better part of a year which led me to look for an alternative. I headed off to my Podiatrist, the one and only Andrew Clarke (now practicing in the Western Cape), to ask him a few questions about Podiatry. Little did I know that he was the president of the Podiatry Association of South Africa at the time, and that he was instrumental in establishing Podiatry, and the teaching thereof, in South Africa. He sent me on a mission to meet a few other Podiatrists, and my mind was made up to go back to university and study Podiatry!

During this time, my feet started to play up, after stopping most my dancing… my feet lost most their muscle mass and strength, and my inherited bunions took advantage of it. It was a great time to learn and experience the power of Podiatry. With the help of my supervisors and mentors, a simple change in footwear, and new insoles, my bunions behaved.

Four years later, I had graduated (with Distinction) and headed off to Singapore to start my new career. On my return I spent some time in Joburg, working with other Podiatrists. This period was invaluable, and many of my current values and practices are based on what I learnt in those other practices.

I moved on to start my own practice in June 2017 in Parkmore, Sandton, down the road from my childhood home. 2019 saw an expansion in my Practice, where I took over a second location in Woodmead from a colleague who emigrated. I strive to create a brand of quality, evidence-based Podiatry care, accessible over multiple locations.

Although I practice the full spectrum of Podiatry, I have a special interest in Dancers and Performing Artists. I’m sure you can see why. This led me to pursue a Master’s degree in Sports and Exercise Science (WITS) (in progress), looking at the injury profiles of competitive ballroom and Latin American dancers.

In my spare time, you will most likely find me behind my sewing machines or hiking in our beautiful country!

Are you contracted to medical aids?

Will my medical reimburse me?

How much will it cost?

Where are you situated?

Do you charge medical aid rates?

How long is an appointment?

Do you do after hours appointments?

Do you work on Saturdays?